Listening to the live lunch at Salisbury Arts Centre, it was impossible not to be gripped by Maz O’Connor’s unique sound, with her enthusiasm and charm bringing life to classic folk songs.

It was little surprise this newcomer was nominated in the BBC Folk Awards – indeed, her own thoughtful poetic compositions meant she is certainly one of the genre’s rising stars to keep an eye on. Miss O’Connor also formed part of an award winning folk society project commissioned to curate music celebrating the Magna Carta anniversary, so it was apt that she came to sing in medieval Salisbury which holds one of only four copies of the document at its cathedral.

She took the audience on a musical journey highlighting the rights and liberties that people have fought valiantly to achieve since the historic document was signed over eight hundred years ago at Runnymede. Her song “Rich Man’s Hill”  evoked empathy and compassion for those who can only dream of what many of us take for granted even to this day with inequality still rampant in Britain today. 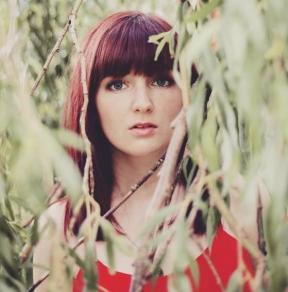 Maz has the rare gift to write poignant lyrics from the soul, sung from the heart. Considerately, for the audience of diverse ages, she explained the subject of each song before she performed ­- this simple eloquence helped the lyrics transport the listener to other times and to learn a thing or two along the way.

Despite classic subjects of death and politics, which echo throughout many folk compositions, her charm lifted even the more downbeat songs. Even when acknowledging that she was inspired by a phrase from the novel “Love In The Time of Cholera” she created an original contemporary tune while singing the haunting words – “When you’re young and when you’re poor, all you want is more”

The crowd were left wanting little more, other than another slice of tasty lemon polenta cake from the cafe by the end of her set.

Did you find apk for android? You can find new Free Android Games and apps.
This entry was posted in Max O'Connor.