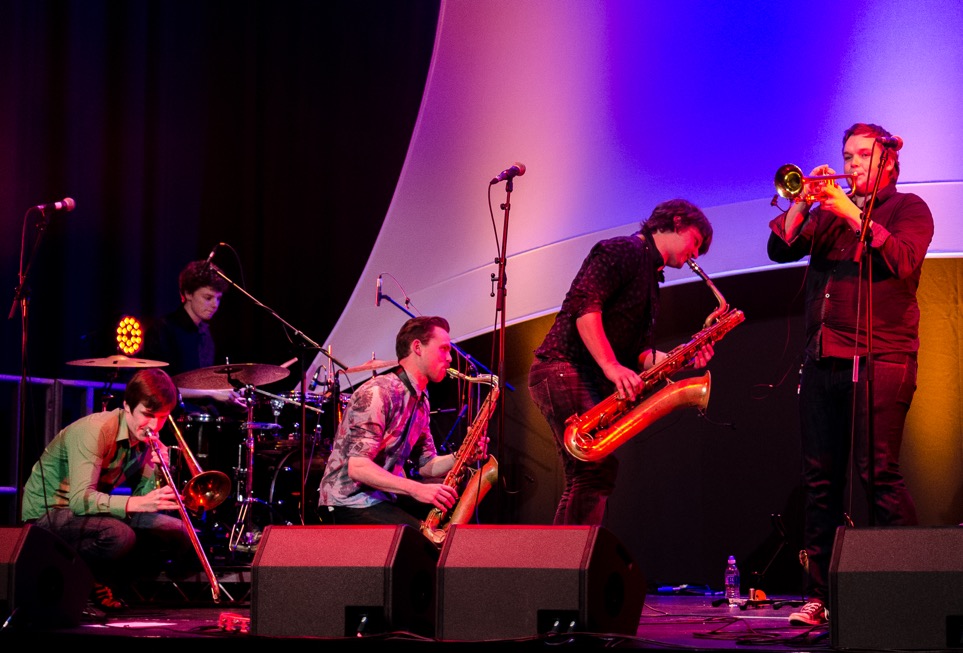 The Broken Brass Ensemble came to the Salisbury Arts Centre on Friday, mixing the traditional New Orleans sound with contemporary funk, dance and an abundance of passionate high energy.

With a disregard for genre borders, the set was eclectic with tunes for all ages. As well as their own swinging songs, the eight-piece introduced contemporary covers from the likes of Beyonce, Major Lazer and even included a timely big band version of Space Oddity. It was an eloquent tribute, with Bowie often playing saxophone himself on many of his own records throughout his golden years.

The Arts Centre proved a fine venue for the eclectic show – there was an undeniable feeling of fun, community and coming together when the irresistible rhythms got the audience on their feet.

Following an entertaining yet deadly duel between two of the trombonists to determine which was most proficient and soulful, their fellow compatriots entertained the crowd with a mock funeral for the defeated musician. 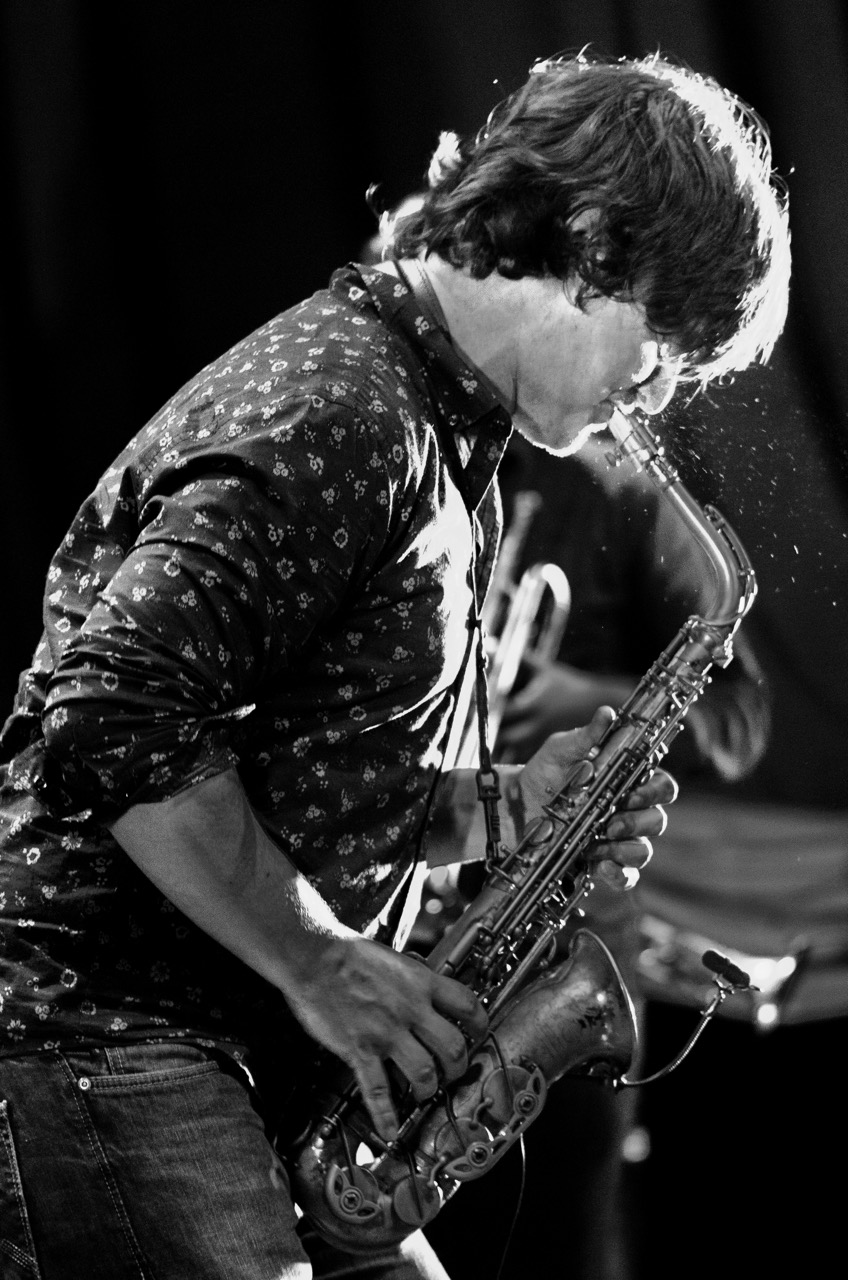 Fortunately the power of the anguished music and banter at the wake revitalised the young player – hardly surprising as there was scarcely time for mourning or lying down. In the end, it was clear this was a unified charming ensemble rather than simply a collection of talented musicians.

Dancing proved obligatory by the end of the lively show with the band hitting all the right notes. 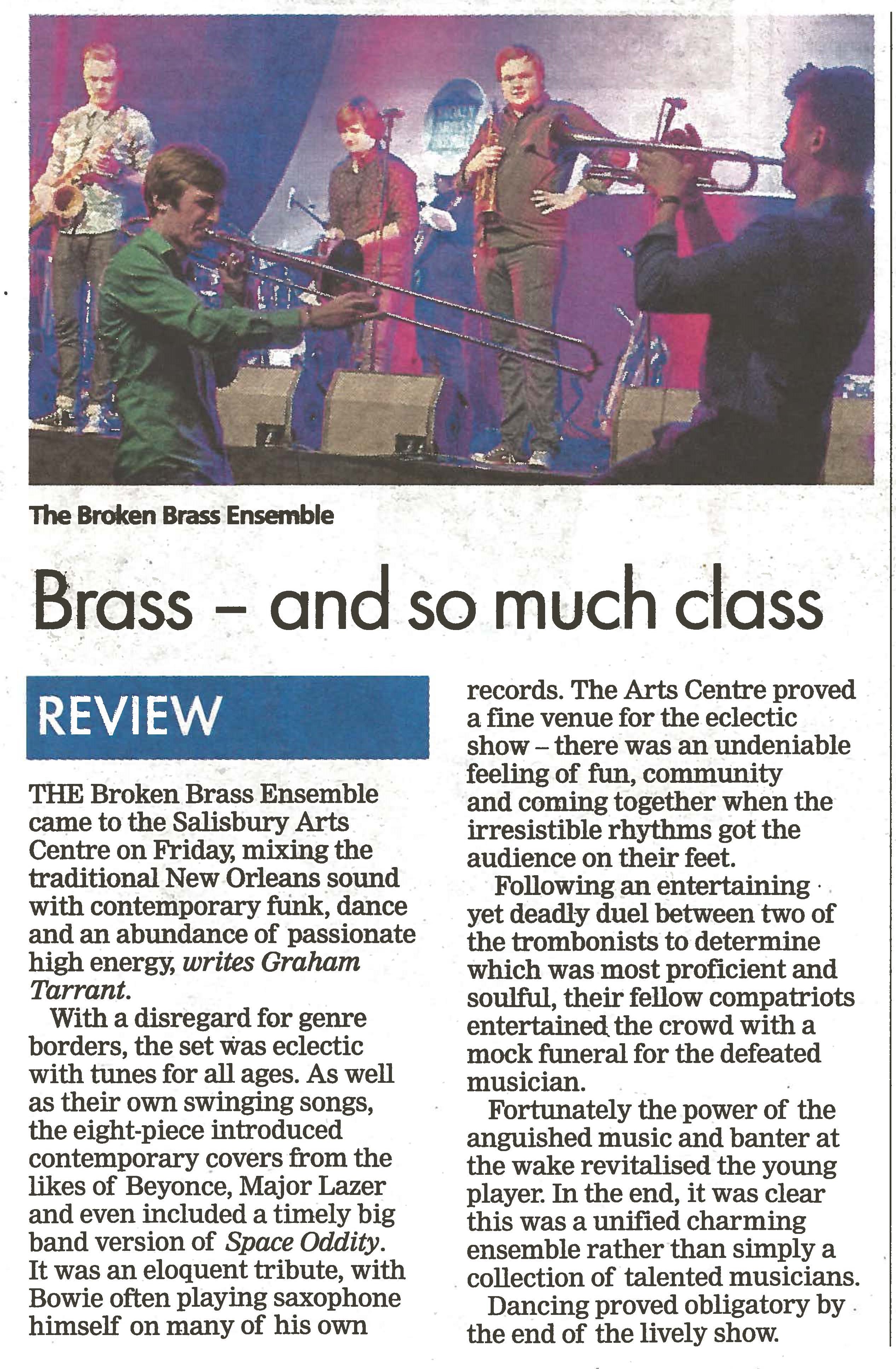