Following on from the success of the movie of the same name, Gruff Rhys transported his ‘American Interior’ tour over the Atlantic to Salisbury.

In anyone else’s hands, the show could have been a dusty old history lesson. Fortunately, the Super Furry Animals front-man used his unique charm and deadpan wit to keep the crowd enthralled with his travelogue of moving adventures and heart warming songs. 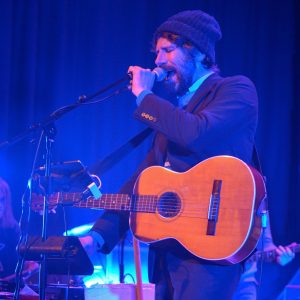 The show told how Gruff followed in the footsteps of 18th century explorer, John Evans across the US. The quixotic-like figure abandoned his home in the deep valleys to travel halfway across-the-world to Baltimore on an impulsive search for a fabled ‘lost tribe’ of Welsh Native Americans.

The audience heard bizarre tales of how our hero valiantly travelled into unchartered wilderness across the Midwest over seven years. leaving a trail of political chaos in his wake. Along his way, he ingeniously changed his name to Don Juan Evans after defecting to the Spanish, accidentally annexed a third of North America from the British, and walked over 200 miles despite suffering malaria only to end up imprisoned as a heretic. As Gruff highlighted with his mixture of music and surreal PowerPoint slideshow, if only his ancestor had checked his dial-up internet before setting off, he would wake up to clarity that he was in pursuit of unreachable dreams. However, his quest wasn’t totally in vain – not only was the technology not invented back in 1792 to do a quick google-search,  but it would have meant the enchanted crowd at this unique audio-visual show would have missed out on a unique charismatic show.Despite hearing tragi-comic stories of how one life ended in romantic failure, it was clear to all there were valuable lessons to be learned. Evans left behind life affirming enthusiasm highlighting how everyone should follow their dreams, no matter what challenges they face on life’s lost adventure.

In the award-winning film of the same name, the singer wrote and performed songs to unaware audiences along the Missouri shoreline. Without any band-mates and armed only with a projector and placards, this meant that the early songs in the film had a raw acoustic feel, occasionally lacking the warm dynamic groove Gruff is capable of.

Fortunately, the finalised concept-album sits proudly next to his best work. At the Arts Centre, the singer was accompanied not only by a full roster of musicians he met upriver on his travels, but also a three foot felt Muppet style creation of Mr Evans himself, showcasing his renewed fuzzy logic. 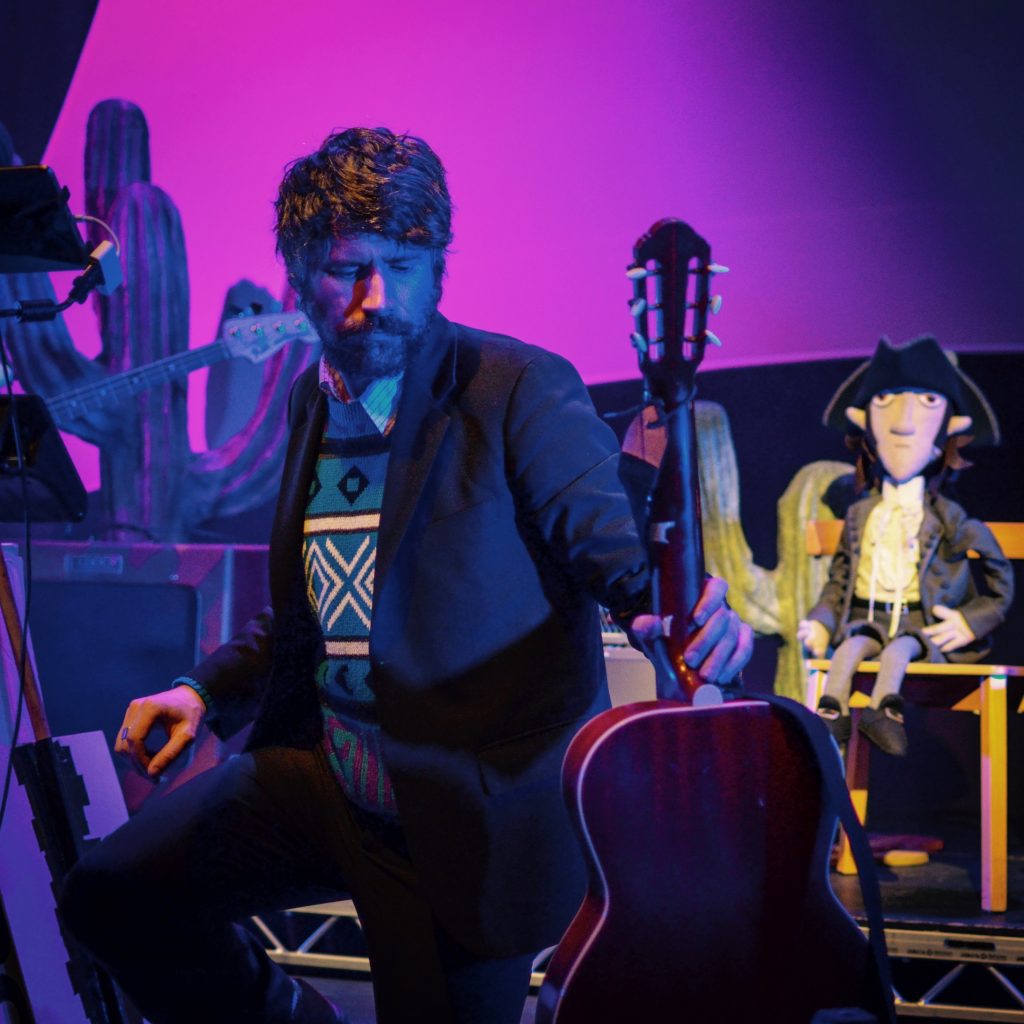 As the imaginative singer pointed out ‘He existed before digital surveillance and before selfies, so we’ve no idea what he looked like’. After all, the farmhand clearly wasn’t in the class of historical elite figures who would have been painted either, so the simple effigy was a humorous way of bringing his fellow Welshman’s persona to life. Saying that, it remained doubtful the re-enacted photos of the avatar puppet being chased by crocodiles along the Mississippi, being challenged to pistols at dawn, hunting bison or drinking Starbucks coffee were strictly factual, but when it feels so enchanting,  maybe Mark Twain would have had the same technological vision in the 21st century.)

After spending so much time travelling and perfecting his presentation skills over the past two years, the only concern is where does Gruff go from here? Here’s hoping that now he’s won a new tribe of fans stateside, he heads back to his Super Furry Animal companions for more adventures. 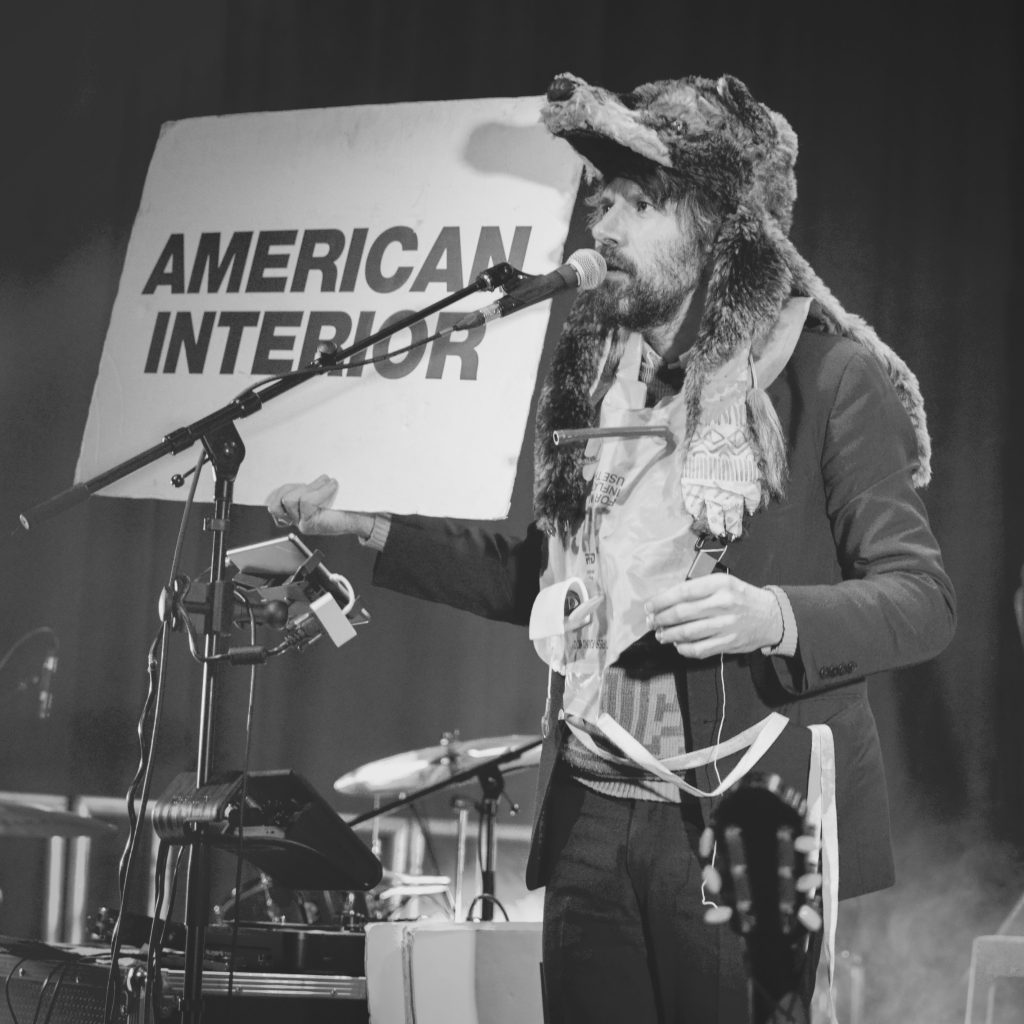 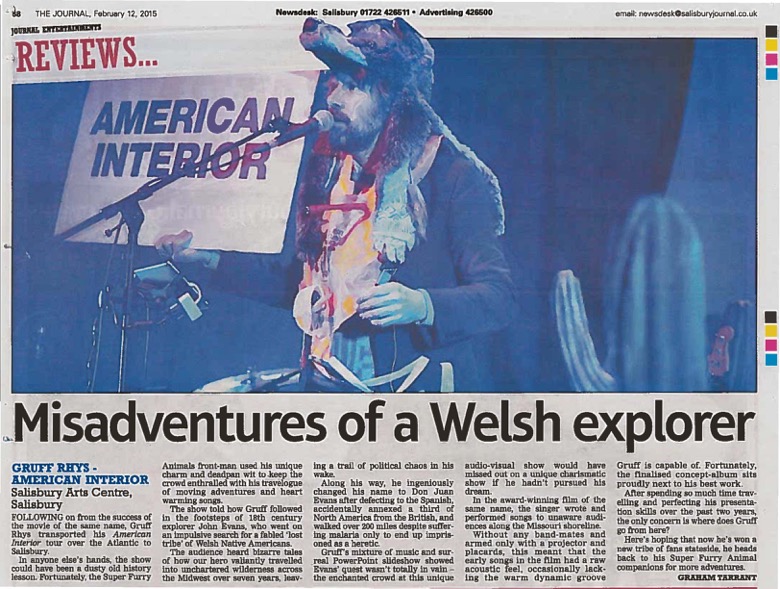 All words and photographs:

Did you find apk for android? You can find new Free Android Games and apps.
This entry was posted in Gruff Rhys.